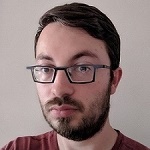 Declerck received his Bachelor and Master degree at Ghent University in Belgium. After graduating, he spent 9 months at the Eötvös Loránd University in Hungary studying speech monitoring during second language production together with Judit Kormos. Following this internship, Declerck was accepted at the RWTH Aachen University in Germany, where he earned his doctoral degree under the supervision of Iring Koch and Andrea Philipp (title: “Bilingual language control: The effects of sequential predictability on language switching”). After obtaining his doctorate, Declerck was a post-doc at the Aix-Marseille University in France, where together with Jonathan Grainger, further explored the bilingual language control process and the reading process. Declerck is currently at San Diego State University (USA), exploring the domain generality of language control with bimodal and unimodal bilinguals together with Karen Emmorey.